Is AI a Commodity?

Artificial intelligence cannot be considered a commodity, since the property of ‘having intelligence’ is not tradable or fungible, i.e. not exchangeable like-for-like. We argue that AI happily exists today as a highly differentiated technology in an imperfect market with huge opportunities for innovation.

Is AI a commodity?

Not by a long stretch.

You see, a ‘commodity’ is a ‘basic good’ that exhibits very little differentiation between its occurrences, allowing one instance to be exchanged ‘like-for-like’ for another without any loss in the value held (i.e. it is ‘fungible’).

Commodities often compete based on price, rather than features.

Examples of commodities include barrels of oil, bars of gold, natural gas, cotton, wheat, coffee, memory chips and generic pharmaceuticals (where the patent has expired).

However, rather than thinking of “commodity vs differentiated product” as “black vs. white”, we should consider the comparison as a range of millions of intermediate shades of grey.

Commodities are generally used as components in an end-product, such as an automobile, a plastic bottle or clothing, and are normally traded as futures contracts on an exchange.

The biggest commodities exchanges include the Chicago Mercantile Exchange (CME), the Shanghai Futures Exchange and the London Metal Exchange (LME).

Almost all global trade on commodity exchanges is now fully electronic, with the LME holding out as one of the last to still have a physical trading floor.

The examples above are all physical goods but virtual goods can also be traded, including crypto currencies, which begs the question:-

Is Bitcoin a commodity?

According to the Commodity Futures Trading Commission (CFTC), the answer is yes.

Bitcoin is a commodity.

Under the Commodity Exchange Act (CEA), this also applies to other crypto currencies such as Ether, Litecoin and Dogecoin.

Which brings us to the concept of Crypto Commodities, in which a digital asset represents a real (or virtual) commodity via a token issued on a blockchain.

There are efforts underway to tokenise gold, crude oil, and electricity.

Can AI be considered a tokenisable commodity?

To answer this, let’s look at an example:

Sure, AI finds itself in many end-products (chatbots, healthcare apps and self-driving cars) and can be used to mine crypto currencies and crypto commodities (both of which are considered commodities).

However, the property of ‘having intelligence’ (artificial or human) is not in itself something that can be traded like-for-like.

What if you made an NFT from an AI algorithm?

An NFT can of course be based upon any physical or digital asset.

Examples include artworks, domain names, collectible sneakers, and could even include sounds, smells and tastes (as long as they can be digitised).

Likewise, you could encode the AI algorithm which results from the analysis of the dataset upon which the AI entity is trained, create an NFT of that algorithm, and trade it on an NFT exchange.

However, an NFT, by definition, is non-fungible (i.e. unique), so one NFT cannot be exchanged ‘like-for-like’ for another, which is the stark opposite of being a commodity.

Do not confuse the commoditisation of a product or service with its availability, or its importance, or its rate of market adoption, or its accessibility or its affordability.

Artificial intelligence is indeed becoming ubiquitous and strategically important, with fierce competition among startups that will drive down prices eventually.

This does not necessarily mean that AI will become a commodity.

As we mentioned above, fungible commodities can be exchanged one item for another (of the same type) with no subsequent change in the value held.

If you exchange a 1 Euro coin for another 1 Euro coin (assuming neither are fakes), then you have gained nothing and you have lost nothing.

You have simply exchanged like-for-like.

It is meaningless to say this about AI, since the intelligence held by an entity does not conform to only one ‘type’.

There are many types of intelligence and they are all highly differentiable.

A word or two about artificial intelligence

It was back in 1950 that Alan Turing designed the Turing Test as a means to distinguish ‘machine intelligence’ from ‘human intelligence’.

If a machine gets at least 70% on the test, it is considered an ‘artificial intelligence’ agent.

Artificial intelligence in its broadest sense is the ‘simulation of human intelligence‘, and encompasses Machine Learning which further includes Deep Learning.

Machine learning (ML) models require data to be ‘manually labelled’ in order to understand it and learn from it (without being explicitly programmed), whereupon it can identify patterns and predict future outcomes, with little human intervention.

With ‘Deep Learning’, there is no human intervention. The machine is learning ‘by example’, much as humans do as infants.

AI is currently thought of as being a ‘human property’ of an artificial system, but why limit our definition?

Can humans have ‘artificial intelligence’?

If a human is suffering from any form of disability, what is stopping us from augmenting their physical or mental capabilities (including their intelligence) with a machine interface?

After all, a certain Elon Musk is trying to do just that.

If we no longer limit AI implementations to machines, but also consider living beings (humans, animals and maybe even plants) as potential ‘holders’ of AI, then this muddies the waters even further for AI to be considered a commodity.

Suppliers of AI are still very much exploring its opportunities, its limitations, its use cases and its market acceptance, so it is far too early in the development of AI for us to think of it as a ‘basic undifferentiated good’.

When goods with economic value and differentiating features end up becoming ‘globally exchangeable’ in the eyes of consumers, the market moves from ‘monopolistic competition’ to ‘perfect competition’, where all firms sell (mostly) identical products, and where market share has little or no influence on price.

Does this sound perfect to you?

Don’t get me wrong.

The partial commoditisation of AI could be a good thing.

Any move to a ‘more perfect’ competitive playing field usually leads to lower prices for consumers, so we might see a ‘commoditised version’ of an AI-based application offered in future, with affordable pricing.

Few would complain about that.

In the meantime, ‘imperfect’ competition creates the incentive to innovate and produce differentiated (and profitable) products, with a sustainable competitive advantage.

Does this not sound to you exactly like the current AI marketplace?

What Is a Commodity?

Different Types Of Cryptocurrency And Tokens With Examples 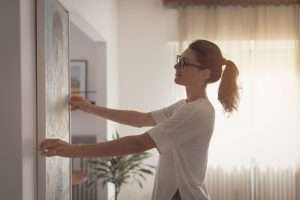 Collectors: How to find your art style 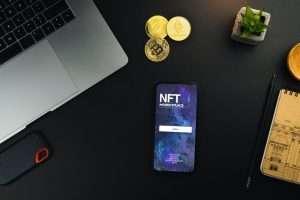 Why are NFTs bad for the environment? 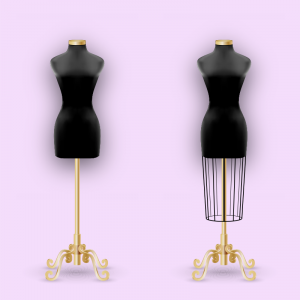