The Master of Light and Form Reinvents Monumental Bohemian Sculpture

Bohemian crystal is steeped in generations of craftsmanship and Vlastimil Beránek has emerged as a pioneer in contemporary glass sculpture. We learn more from our Expert Guest, Pandora Mather-Lees of Art On Superyachts.

A leading figure in the world of contemporary studio glass and crystal sculpture, Vlastimil Beránek has emerged as the leading proponent of the Vlčí Hora School, many miles north of Prague where he descends from an old glassmaking family.

Bohemian crystal has long been a byword for quality and craftsmanship in this important region and Beránek’s lifetime achievement preserves and honours his predecessor, teacher and mentor, Professor Libensky.  Beránek has now evolved in his own right as an artist in terms of stylistic development, inherent creativity and technical mastery of what is an extremely demanding medium.

Monumental sculpture in glass and crystal can be tricky to work as each art piece is unique and some pieces are “freely” shaped without the use of a mould. To sculpt Bohemian crystal is intricate and complex because the material is fragile, chips easily and can crack during melting and grinding.

Beránek has conquered this to the extent, for instance, when a mistake occurs with a colour, it results in a rare manifestation augmenting the value because, as a one-off, it cannot be repeated. Be it glass or crystal, these timeless contemporary creations are arduous, taking patience to create; smaller pieces sometimes up to six months and when the weight of the raw material is over 100kg, even an artist of Beranek’s capabilities can take a year or more to realise a grand opus. Not surprising given some pieces fashioned from topaz crystal have reached heights of 2.3m as shown in the first photograph.

Beránek, who is a graduate of The Academy of Applied Arts in Prague, is best known for his Aqua, Smoke and Ocean series – organic forms both large and small, which glow and shine in a variety of media and colours seemingly representing infinity or the ephemeral smoke that rises from an extinguished match.

He also draws inspiration from the mysterious magic of the deep seas, played out in underwater and coastal exhibitions where they blend with nature. Whilst the artist’s inspiration centres on oceans and fire, he is acutely aware of the air in and around the forms creating fresh views from various perspectives.

The eye never tires from resting on these pieces which change with the light and moreover lend themselves to stunning photographic settings. The raw material itself is lacklustre even when as topaz or rose quartz and the transformation reveals the capabilities and vision of the creator.

One imagines that if Henry Moore had been born into this time and place, using the same raw material, he would have fashioned similarly styled pieces to Beranek’s.

His work owes more than a nod to the Biomorphic Abstraction movement and its proponents – Moore, Hepworth, Arp, Brancusi and Miró.

In terms of his contemporaries, one could consider that emerging artists draw upon Beránek’s Organic Abstraction influences; for instance, the Swedish sculptor Eva Hild fashions monochromatic, swooping, circular forms, albeit more worked than Beranek’s.

Dale Chihuly is another artist justifiably comparable to Beránek. His place in the art world as a practitioner in glass is recognized worldwide and we see his influence in Beránek’s oeuvre through its electric vibrant colours and adroit handling of the medium.

The Middle East’s biggest boating and lifestyle show is in Dubai and houses The Marine Art Gallery which regularly exhibits the Vlčí Hora School’s monumental sculptures and installations.

They have special appeal to the local collecting community so much so that the artists are becoming highly sought after in the region. His underwater exhibition here produced by the gallery in Palma with expert divers and photographers showed the works in an entirely new light.

Beránek has accomplished what many artists strive for, a loyal following, a sound education in the arts, a good mentor to assure his legacy and significant exposure. His works are in the collection of ninety heads of state and over a hundred pieces reside on superyachts, cruise liners and in the homes of private collectors.

His success has allowed him the luxury of experimentation supported by his gallery, Artsio Gallery owned by Marek Landa. One example was a collaboration with Boulle Luxury where many thousands of diamonds were embedded in an Aqua sculpture displayed on a superyacht.

That superyacht owners regularly choose to have his sculptures on board vessels such as the world’s largest trimaran, the ‘White Rabbit’, testifies to the excitement currently surrounding Beranek’s career.

The shipowner, Dintis Efpalides, who is an internationally renowned collector, has long been a follower, fascinated by the artist’s work and houses Beránek’s glittering bohemian crystal sculptures aboard his own yacht. In the last five years, the larger pieces have proved to be worthy investments, rapidly increasing in value, with many pieces more than tripling in value over the past decade.

Somewhat reclusive, Vlastimil Beránek avoids interviews and relies instead on robust representation by the gallery which allows him to focus purely on his creative output.

Artsio assists not only with the sale, but also with the procurement of the raw material plus space for him to work and explore his medium and indeed to provide support for his young pupils.

With prices steadily rising as collectors fly into Dresden to make the hour-long journey through beautiful countryside to view his works in the flesh, Beránek appears unmoved by his growing success.

As an artist so well established that he can afford to rest and enjoy his accomplishments, Vlastimil Beránek appears to be driven to continue embracing the avant garde and to push the boundaries of what is technically possible into new realms.

Not so long ago, the occasion arose when his gallery was undertaking restoration work and came across a supply of walnut from Kazakhstan once used to make the stocks of Kalashnikov rifles during the Cold War years. Beránek, relishing a fresh medium, produced a series of remarkable pieces using the 30-year-old Russian walnut. The monolithic sculptures resemble the elementary yet graceful forms that the artist creates for his glass sculptures.

The student of Libensky, who has spent his life within ten miles of the North German border near the point where Germany, Poland and the Czech Republic meet, has now carved his place in the history of art and practice of working in the round.

He carries on a tradition that flourished during the cold war and since then, the Vlčí Hora School has saved an institution from extinction throughout the post-war era of growth and the subsequent changes in the Czech economic and political infrastructure.

Alongside his contemporaries and the gallery’s support, Beránek’s contribution to future generations of artistic practice and the study of history of art will persist into the future.

The creativity inherent in the development of Bohemian crystal and glass has been preserved for generations. It supersedes the craft tradition that some of the other skilled technicians in this area have sustained, for it draws on a vast repertoire of art historical reference informing the methods by which sculpture has and will evolve in the abstract.

Pandora Mather-Lees is an Oxford-educated art historian with a background in art publishing, having over 20 years’ experience in the commercial art sector with galleries, museums, auctions houses and art related platforms. 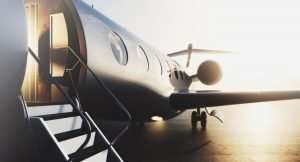 Art for Weary Travellers in Airports​ 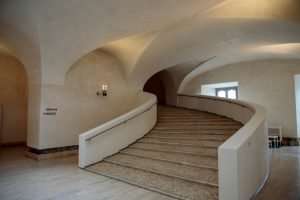 The Rafael Exhibition at the Scuderie del Quirinale in Rome 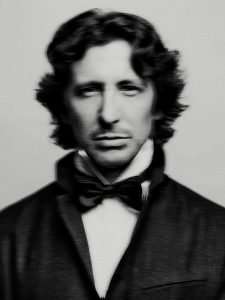 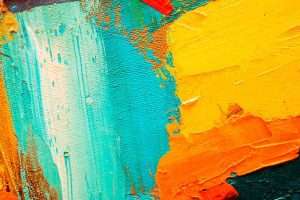