The Ancient Connection of Marble with Light

So, here is the big story: Not all ancient Greek marble sculptures were originally white. Some were polychromatic [1]. And guess what? Yep, they have all faded with light over the millennia.

Derived from the ancient Greek verb “marmairo”, marble means “to glow”. We can go some way towards explaining this if we consider that materials of low refractive index (like the calcite of which marble is composed) allow light to penetrate further, as with human skin, resulting in a sort of waxy, life-like appearance. It is marble’s translucency which has made it the medium of choice for great sculptors.

Relatively soft to work with when first quarried, marble becomes hard and dense with age, providing durability. White marbles are especially prized for fine art sculpture because of their relative homogeneity. Greece has some of the most diverse fine quality white and light-hued marble, some translucent, others with a variety of patterns and formations. The most famous Greek crystalline marble is the calcite white, and the Cycladic marble of Tinos.

Ancient Greek Myths and The Cyclades

The ancient Greek island of Tinos is one of the best-kept secrets in the Cyclades, a group of Islands in the southwestern Aegean named for the circle they form around the sacred island of Delos, the mythical birthplace of twins Apollo and Artemis.

Greeks themselves need little introduction to Tinos, due to the importance of the Island’s historical and cultural relevance and impact. But somewhat of a hidden gem, Tinos is now gaining wider attention. Last year it won a World Travel Award and was honoured for culture, gastronomy, beaches, sites and hospitality.

Kept alive and vibrant all year round by a constant stream of visiting Orthodox pilgrims, Tinos is now the destination for the modern art-minded pilgrim too.

Known for its incredible purity of light, Tinos seems enveloped by a sustained glow so profound, it appears to float. Logic might say it’s because sun exposure here is considered to be among the greatest in the world (scientists have shown that the area with the most sunshine on the planet is Psathonisi, located a few nautical miles from Tinos), but there’s also a magic that goes beyond things tangible.

After very little time in this remarkable place, you shift, directed by the feeling of stepping back in time and the gift of being reminded of what really matters in life.

Villages untouched by time with picturesque houses and cobbled streets. Numerous ancient paths and trails to explore, the architecture of pigeon houses, windmills and countless churches. The village of Volax with its stone forest, lunar appearance and poetry covered surfaces.

Taking in the unique features of this mountainous island, you soon lose count of the days. Tinos brings me back to basics, yet so artfully.

The philosopher Kastoriadis called this birthplace of marble craftsmanship and prolific generator of great artists “hand-made Tinos”. Nowhere has a richer marble-crafting tradition or heritage, as recognized by UNESCO (2015). The mountains carry white scars from the quarries, still working today.

This is indeed the cradle of much of Greece’s marble skills domestically and shared with the world, in the form of raw materials (think Buckingham palace and the Louvre), and artisans exporting their skills (the Parthenon in Athens).

A Bus Stop Made Entirely of Marble

The heart of this is in the north-western villages of Pyrgos, Isternia and Panorma, where marble workshops skilfully hone the stone. The house of Yiannoulis Halepas, known as the most important sculptor in Modern Greece, is a big draw here, but it seems the whole of Pyrgos itself is made of stunning marble.

The cemetery contains marble monuments of such creativity it’s like an open air gallery.

I love the hard yet tactile element of this stone, and it’s everywhere all over the island. Marble bathrooms, floors covered in huge beautiful slabs, sometimes polished, others not. Natural springs mean fountains dotted across the island. These carry Xinaria, marble decorations of flowers, fruits, birds and the like around the point where the water gushes..

Tinian houses are adorned with marble lintels above windows and doors, with folklore motifs (birds, dolphins, ships, etc). This living craft serves as practical ventilation, while protecting from the strong Aegean sunlight and fierce winds that the Cyclades are known for.

Beyond practicalities, insignia were used to indicate power and prestige. Depending on their age, they show elements of the Byzantine or Venetian styles which have influenced modern craftsmen. According to popular tradition, they also prevent the demons from entering the house. Good to know.

Carving and sculpting in Tinos

Tinos is contributing significantly to the revival of ancient art in modern Greece. Carving and sculpting are not separated in Tinos, so people making a living out of processing marble are both technicians and artists.

There exists an age-old tradition of transferring knowledge and technical expertise from generation to generation, and it’s in the local DNA. The Preparatory and Vocational School of Fine Arts in Pyrgos provides courses on marble sculpture, architecture, sculpture (clay, gypsum), painting, art history and exhibition. Every year the top two graduates from here gain direct admission to Greece’s School of Fine Arts in Athens.

When we think of marble sculpting, we tend to think of antiquity. Cycladic art, characterized by its geometric, highly stylized representations of the human form, gives a striking resemblance to today’s modern art, and is said to have had a major influence on modern hyper-realistic marble sculptures. Classical statuary with contemporary application.

Climbing the long avenue from the port you pass shops selling holy icons, candles, incense, and votive offerings for the shrine. People crawl on their hands and knees up the curb-side carpet to the church sanctuary, bright with filtered sunlight and the soft glow of candles, where they pray and kiss the holy icon, hoping for cures for their ills.

As you stand Immersed in mesmerising, incandescent light, watching incredible sunrises, sunsets and the moon rising over the Aegean, it’s impossible not to feel blessed.  Art forms one of the most essential characteristics of Tinos, most of all the marble. Marble is charged with energy, and Tinos is where to recharge. 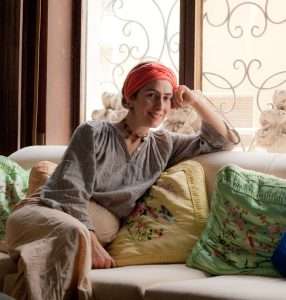 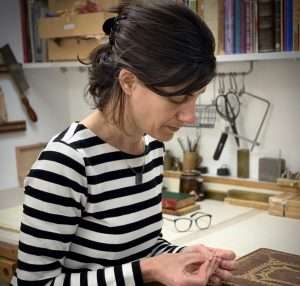 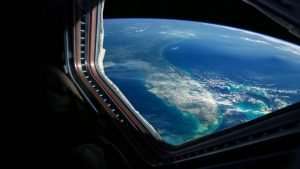